From the base to the tallest tip, Society (Key) Tower in Cleveland, Ohio reaches 947 feet. The 57-foot skyscraper was the tallest structure between Manhattan and Chicago when it was built and the largest project Whitacre Rebar had ever accepted. The massive structure, which was designed by Skilling Ward Magnusson Barkshire, took 1,300 tons of rebar and 1.4 million square feet of mesh to complete.

The magnitude of the job was a new challenge for our company and Mohawk Rebar, who placed the rebar. We relied on the expertise of Estimator Bob Long to keep costs reasonable. He provided a quote that modified the original architectural plans and created a 20% savings. The changes, which created greater efficiencies, were approved and allowed Whitacre Rebar to move forward within budget and receive the contract from Baker Concrete.

Once the project was underway, complexities besides budgetary issues took over. John Baltzly, the Detailer, recalled how the intricate structure fit together like a puzzle. The lobby area alone was 26-feet tall and required an exact template for dowel placement. Four core columns rose up from the foundation’s center, each measuring 4-foot by 8-foot and using 120 number 11 rebars. As columns around the structure’s edge neared the top, they bent inwards, creating continual adjustments to the architectural plans. 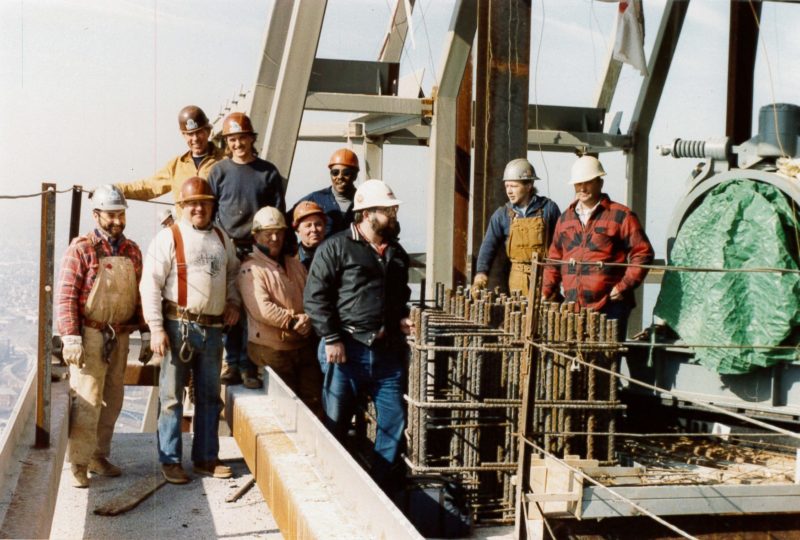 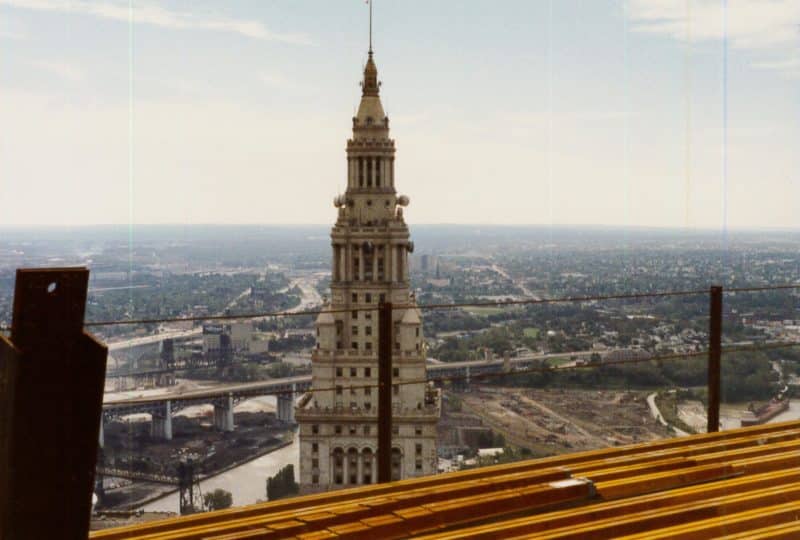 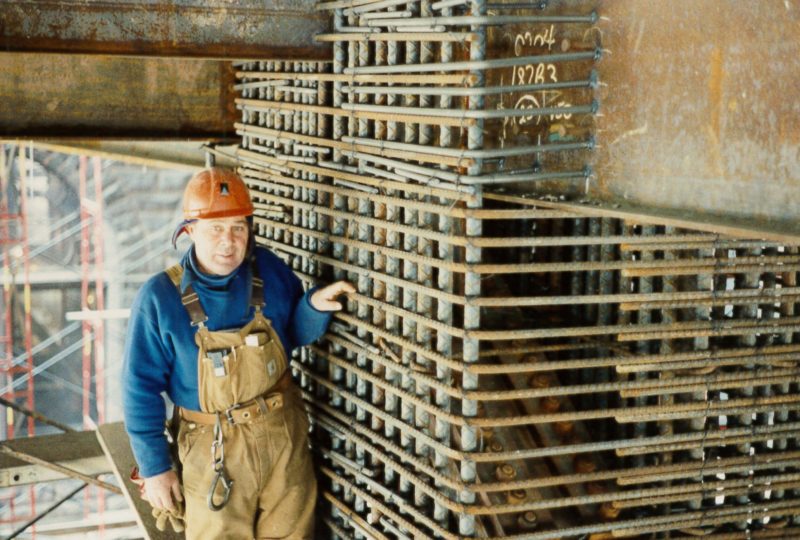 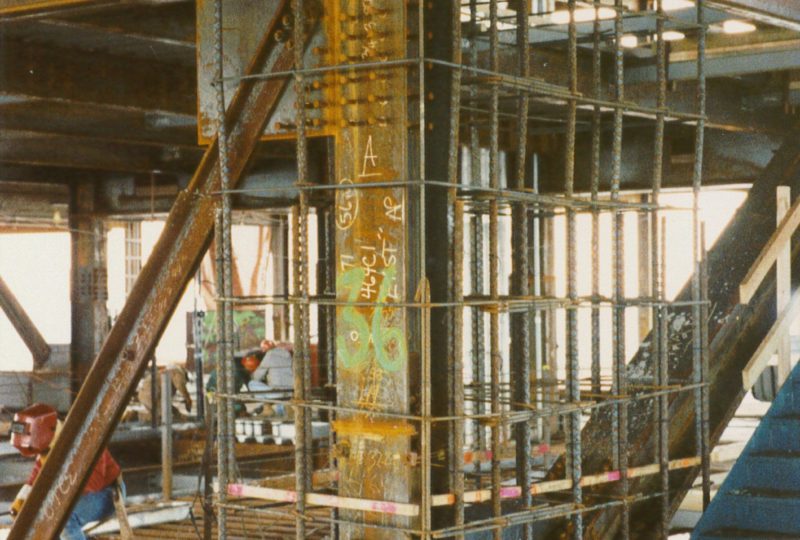 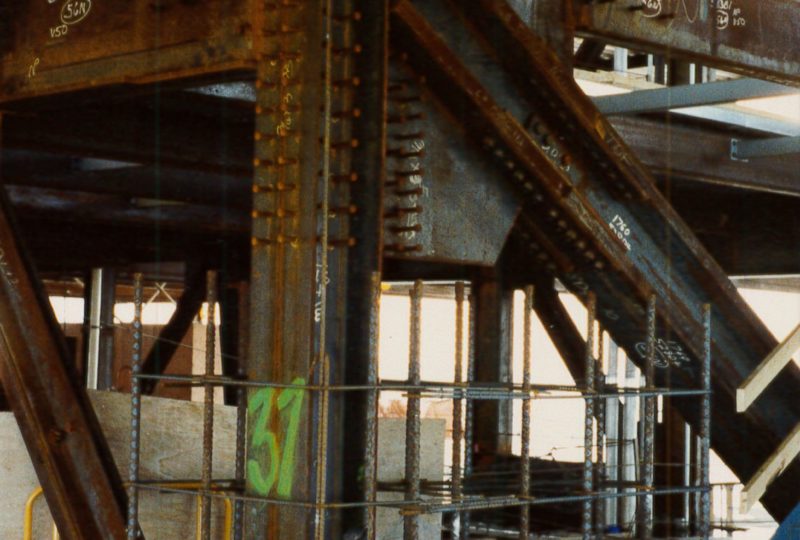 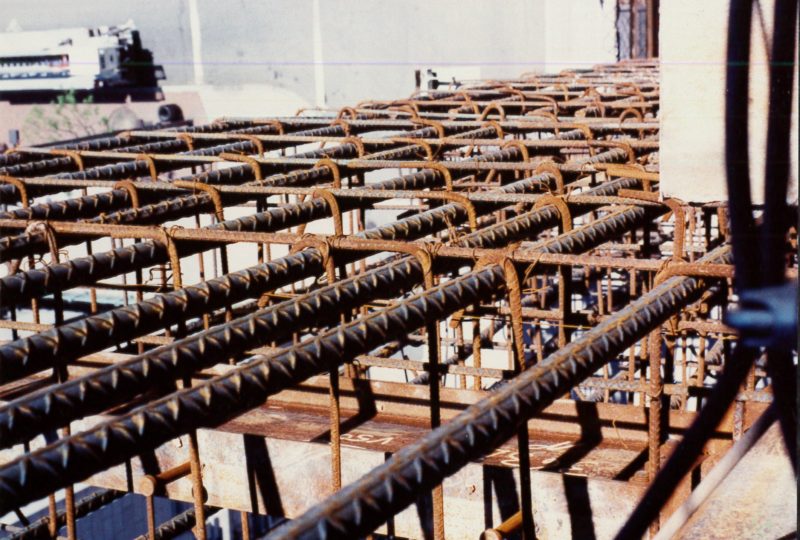 “Each time the engineers changed the plans, I had 40-50 drawings to update,” Baltzly explained. The technology at the time lacked automatic updates, so each individual drawing had to be reworked and a new bill of materials created, which took several weeks to complete. Even with the project’s aggressive timeline, Mr. Baltzly successfully updated each plan and kept construction on schedule.

The skyscraper’s height and extreme weather conditions were also a constant threat to our team and the ironworkers from Mohawk Rebar. Jim Herstine (aka “Shorty”), who was Mohawk’s general foreman, was one of the main heroes at the job site. He ventured up more than 800 feet each day in the site’s rickety elevator to oversee construction. Shorty and his ironworkers had to combat high winds and iced-over metal decks, all while working hundreds of feet over Cleveland’s Public Square. Their work was deemed so dangerous that other construction crews were not permitted to work below them in order to prevent any injuries. Whitacre Rebar had to create different shifts to accommodate each crew’s deadlines.

Despite the project’s many challenges, we were able to communicate with the engineers, Baker Concrete and Mohawk Rebar to overcome all obstacles that arose. When the building opened in 1991, just 14 short months after construction began, everyone was extremely proud of the major undertaking. The project was a risky venture that turned into a great victory for all involved. Society (Key) Tower is still the tallest building in Ohio and remains a landmark in Cleveland that offers 1.5 million square feet of office space. 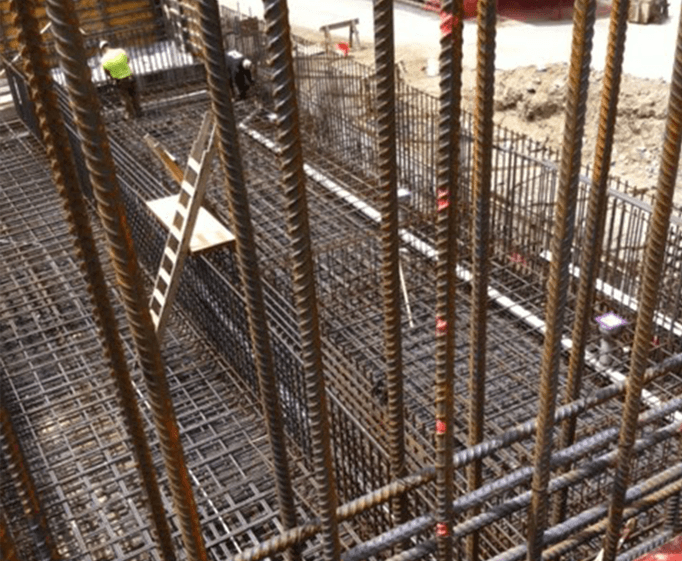 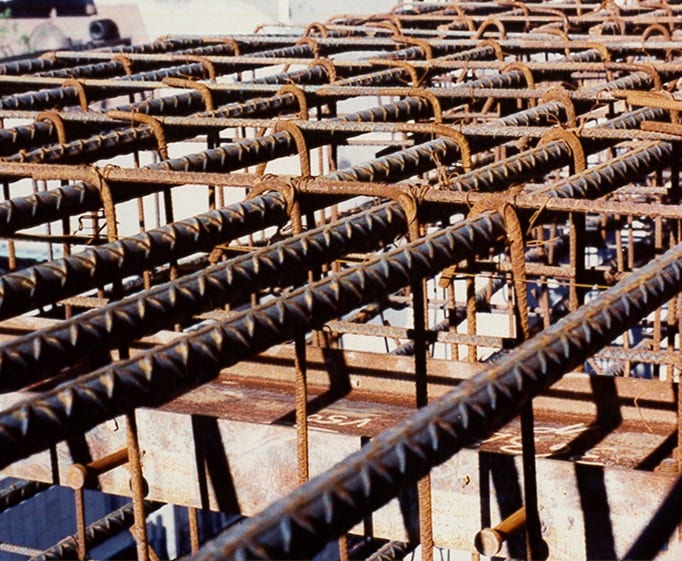 “Each time the engineers changed the plans, I had 40-50 drawings to update,” Baltzly explained. The technology at the... 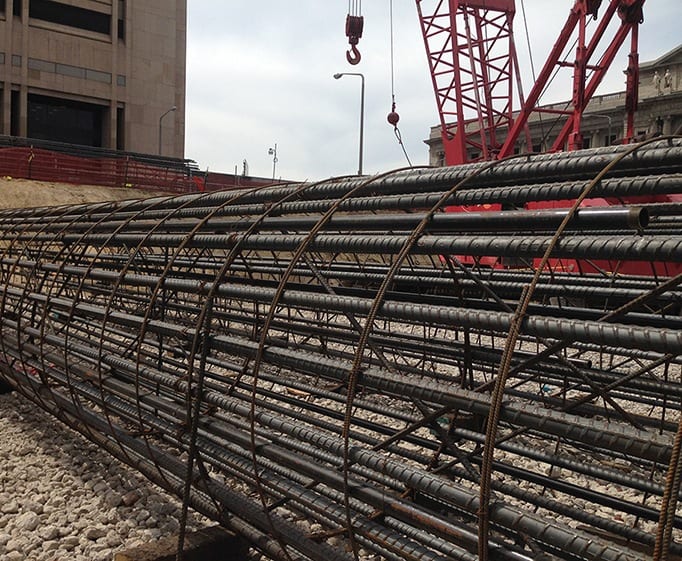 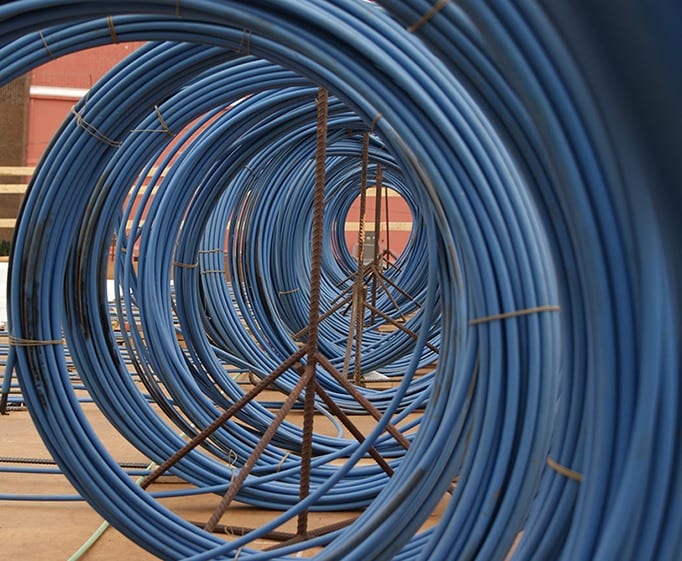 Whitacre provides capacity, competence and character, along with a very efficient and well trained group, in both their office and field operations…the true definition of Professionalism!

I just want to make some comments and thank you for the good attitude your ironworkers have exhibited.

We appreciate your continued focus on safety and quality, and the pride your organization takes in the finished product.

We can count on Whitacre to help us successfully complete our projects by providing a single point of contact for material and labor. Whitacre consistently delivers superior service so we can pour concrete on time.

Your entire team did a GREAT job for DYK on both the Westcott Reservoir and Manlius Reservoir. Work was completed before schedule and it was a pleasure working with your entire company. When we asked to hurry up and get it done... You did. Your design team was fast & efficient. Fabrication was great at supplying materials even on short notice. Your trucking was great. Installation was fast, efficient and safe. A great job by all! I hope we can work together again on the next project.